Zoonoses 2020 – together in Berlin thanks to digital technology

For more than 10 years the Symposium of the German Research Platform for Zoonoses is an established date in the calendars of zoonoses researchers in Germany and beyond. For 2020 the program was already fixed, and the venue site booked. First signs that this year would be different already occurred during a meeting of the office sites of the platform in the beginning of January. The meeting was occasionally interrupted by phone calls. The topic: The new coronavirus in Wuhan, China. However, at that timepoint it was still unclear whether we were standing at the edge of a pandemic. A few month later we have sad certainty.

The significance of zoonoses research

Due to pandemic many people have realised that there are pathogens in the animal kingdom that can under certain circumstances spread to humans. Such novel pathogens are always a challenge. However, the pandemic also demonstrates how valuable already undertaken research work on related pathogens and established research structures are. The hour of the pandemic is also the hour of science. Zoonoses research pays off, not only with regard to coronaviruses but also with regard to other viruses, bacteria, fungi, parasites or prions.

Together in Berlin thanks to digital technology

For that reason, “Zoonoses 2020 – International Symposium on Zoonoses Research” was not cancelled but transformed into an online event. The individual program points were fitted into a virtual representation of the usual venue site in Berlin in order to allow the participants at least a virtual trip to Berlin. That made a virtual visit to the poster exhibition possible including an exchange with the poster authors via a chat window. 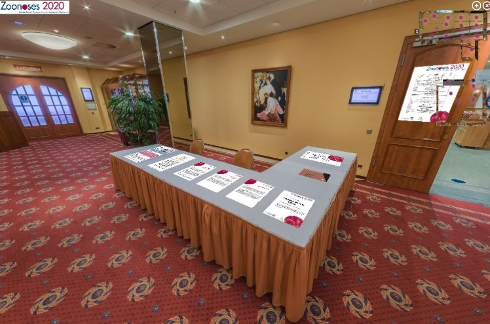 Fig. 1: Virtual registration desk – at the place where under normal condition the registration of the participants took place several information were placed in the virtual reality 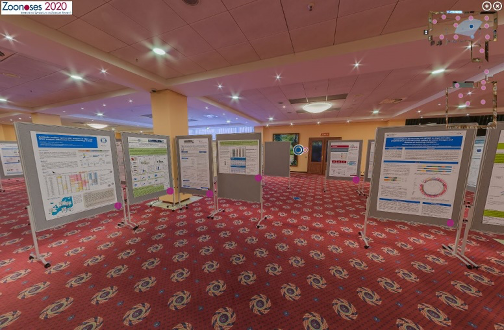 Abb. 2: Visit to the virtual poster exhibition site at Zoonoses 2020

For the first time the posters of young scientists were presented in a poster slam that took place in the virtual Ballsaal. Each poster author had one minute to present his/her work to the audience. An ambitious challenge which about 80 young researchers took up. The outcome was well worth seeing. In various ways research results were presented. Apart from the presented research data the audience occasionally also got an impression of its generation. The poster slam which covered topics from antibiotic resistance to bioinformatics represented the great diversity of zoonoses research and gave young researchers a face and a stage. The great creativity with which the task was addressed enthused the audience. 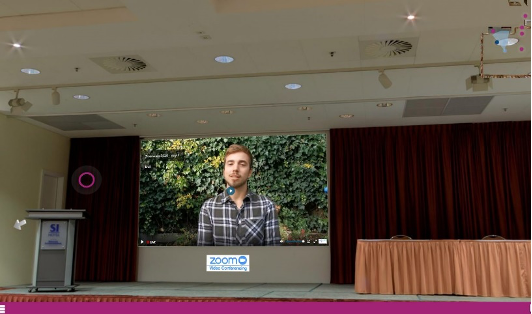 Fig. 3: One minute on the big stage. The poster slam provided all young researchers the opportunity to present themselves (picture Frederic Gusmag, RKI)

Emerging and re-emerging infectious diseases – a great challenge for humankind

The keynote talks were also presented on the virtual stage of the Ballsaal. All four keynotes addressed the topic “Zoonoses as a global challenge”. The talks were enriched by a dialogue with the science journalist Dr. Christina Berndt, who also incorporated questions from the audience in the sessions. In the first keynote talk Steven Higgs, professor at the Biosecurity Research Institute (BRI) of the Kansas State University, USA, addressed the emerge and re-emerge of infectious diseases putting a special focus on arthropod-transmitted viruses, such as the West-Nile virus, the Zika virus and the Chikungunya virus. The emerge of new infectious diseases is no phenomena of today but also occurred some hundred years ago as the examples of smallpox and yellow fewer demonstrate. However, intense global travel and trade facilitate the spread of such diseases in modern times. Additionally, climate change has an impact. It affects mainly vector transmitted diseases because climate changes can affect both the vector species as well as the pathogen itself. How they will then behave in a new environment is hard to predict. At the end of his talk Higgs appealed for sustainable investments in research, training and education in order to prevent the loss of knowledge in the long term. He also stated that public education is an important component in dealing with new and re-emerging infectious diseases.

A. Marm Kilpatrick, professor at the Department of Ecology and Evolutionary Biology of the University of California in Santa Cruz, USA, focused in his talk on the West-Nile virus. He presented some very interesting research data making the connection between the abundance of West-Nile virus in mosquitoes and land use. Accordingly, vector species and hosts and consequently also the abundance of a pathogens is influences by the environment. Each ecosystem is unique, and humans should be aware of the fact that land use and urbanisation have an impact on the abundance and spreading of a pathogen - the impact of the athropogenous climatic change being yet another chapter. Looking at these highly complex systems Kilpatrick could have filled several additional keynote lectures. 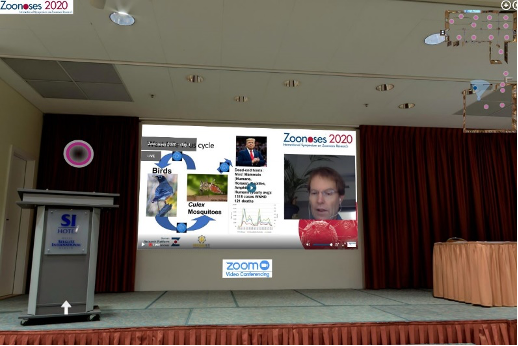 Fig. 4: A. Marm Kilpatrick during his keynote lecture in the virtual Ballsaal at the online symposium

Unfortunately, the time of the online symposium was limited and with Kirsten Bos and Christian Drosten two additional researchers were to enrich the events with the presentation of their remarkable research work.

Zoonotic pathogens in the past – insights from archaeological findings 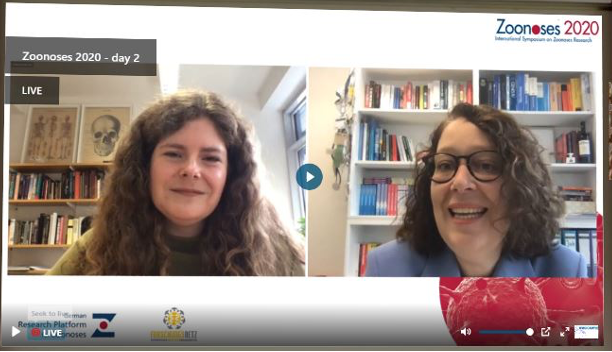 Fig. 5: the science journalist Christina Berndt (right) moderated the keynote lecture of Kirsten Bos (left) as well as the other keynote lectures of the symposium

Kirsten Bos, head of the research group for molecular palaeopathology at the Max-Planck-institute for the Science of Human History, reported in her lecture about her research on Yersinia pestis based on archaeological DNA findings. Although the analysis of such “ancient DNA” is rather demanding, many valuable information about pathogens can be obtained nowadays from bone and tooth material dur to modern sequencing methods. In that way differences in the occurrence and abundance of zoonotic pathogens can be investigated during human history. Important influence factors were the use of fire to cook food, the domestication of animals and the increase in population density.

COVID-19 – a great challenge for the winter

After that short excursion into human history the keynote lecture of Christian Drosten was again focused on the presence. As an expert for coronaviruses he talked about COVID-19. He presented some data on the infectiousness as a basis for quarantine regulations. He highlighted the importance of cluster in the spreading of the virus, which should find increased attention when the public health sector threatens to reach its limit. In that case source cluster, that are responsible for many unnoticed infections, should be reconstructed and isolated at short notice instead of tracing individual infection events. That would allow the effective use of limited resources. That strategy could be supported by so called “cluster diaries” that every citizen could keep. Due to the foresighted acting of Germany in spring the country is still in a very privileged stage compared to other European countries. However, that advantage could easily be lost by reckless acting. In any case the winter will be another big challenge. 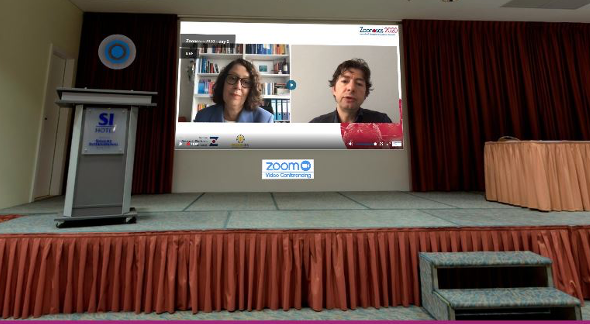 Fig. 6: Christian Drosten (right) in a dialogue with the moderator Christina Berndt (left) on the virtual stage of Zoonoses 2020 – International Symposium on Zoonoses Research

Despite the dark prognosis of the last keynote lecture the conclusion that can be drawn after the first online symposium of the German Research Platform for Zoonoses is a positive one. With up to 450 participants the attendance exceeded the limits of the event at the usual venue site in Berlin. Due to posters from 12 different topic areas and 4 exciting keynote lectures the digital version of the symposium gave the interdisciplinary and diverse zoonoses research a stage. Especially the poster slam received much positive feedback from the participants. The creativity, with which the posters were presented, was impressive. The office sites of the Zoonoses Platform already consider incorporating the format into the next face-to-face event. We would like to thank everybody who participated in the event!

See you next year – hopefully again in Berlin with the greatly missed legendary dinner buffet at the Hotel International Berlin.