Whether in food or in the fur of the peaceful pet - zoonotic agents are everywhere. Avoiding infectious diseases that can be transmitted from animals to humans and vice versa is therefore just as important and subject to intensive research as the diagnosis or therapy of such diseases. Under the umbrella of the National Research Platform for Zoonoses, scientists from a wide range of disciplines meet every autumn to exchange scientific information and benefit from new findings. This interdisciplinary exchange is the special feature of the National Symposium on Zoonoses Research, which attracted more than 300 researchers from all over Germany and beyond to Berlin on 7 and 8 October 2010. 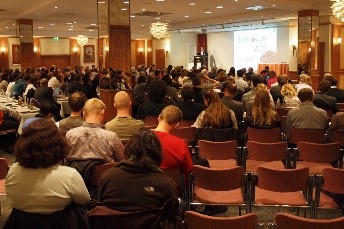 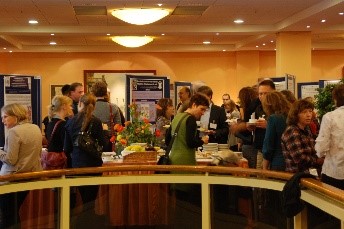 Prof. Dr. Rolf Horstmann (Bernhard-Nocht-Institute, Hamburg) emphasized the great everyday challenges for scientists, doctors and physicians in the fight against tropical diseases and showed how changes in climate, hygiene or habits can have a lasting effect on the occurrence and spread of infectious diseases all over the world.
His remarks highlighted the need for hygiene measures in everyday life, which should best be taught at school in order to prevent foodborne infections more effectively.
Prof. Dr. Reinhard Burger (Robert Koch Institute) reported in detail on the declining H1N1 flu pandemic. He summarized the pandemic events and explained why many events during the pandemic initially came as a surprise to scientists and institutes. Although it was known that influenza viruses are highly variable and difficult to predict in many of their characteristics, the pandemic virus also did not adhere to the few characteristics of a new influenza virus that researchers had previously been able to rely on, which made communication with the population particularly difficult. Mistakes and misunderstandings in and with the media could therefore hardly be avoided. Fortunately, the severity of the infectious disease also proved to be less dramatic than had been feared in spring 2009, although the number of influenza deaths proves the significance of the disease. 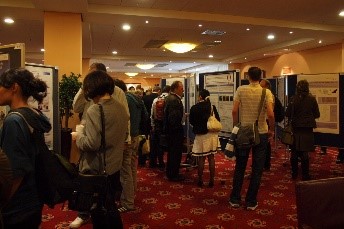 This year's National Symposium on Zoonoses Research focused on young scientists. Young scientists were given the opportunity to network and present themselves in an interdisciplinary manner early in their scientific careers. In the run-up to the symposium, diploma students, doctoral candidates and postdocs were invited to submit their projects for lectures. Numerous lectures in the parallel sessions, which took place on both symposium days, were therefore given by young researchers. They presented new findings in the fields of wildlife zoonoses, new and re-emerging infectious diseases, cellular pathogenesis and immunology, epidemiology and risk assessment, therapy and resistance, infrastructure, methods and diagnostics. A special highlight was the session "Junior Scientists meet Senior Scientits", in which young scientists could ask experienced researchers about their path of life and their key to success. This was intended to facilitate networking and the exchange of experience across career levels.

On October 7th, the plenum of the Zoonoses Platform received a detailed overview of last year's activities at its general meeting and elected the new Internal Advisory Board. This is the steering committee of the Zoonoses Platform and is in office for one year. The three poster prizes were announced at the closing event of the National Symposium on Zoonoses Research 2010. The winners in 2010 were Viktor Merkel (Institute for Hygiene of the University of Münster), Claudia Kohl (Robert Koch Institute, Berlin) and Imke Bargen (Helmholtz Centre for Infection Research).